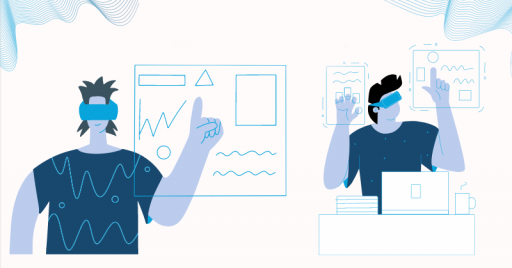 How can AR and VR technologies be used for education and training in the field of occupational safety?

How can AR and VR technologies be used for education and training in the field of occupational safety?

On 30 November, an AIFOS Foundation webinar on 'Education and training with virtual and augmented reality' was held by Manuel Pezzera.

The webinar focused in particular on possible or already active VR and AR applications for education and training in the field of occupational safety, to show how these technologies can be valid alternatives to 'traditional' training tools.

The first part of the webinar was an introductory one. It started from the beginnings of virtual and augmented reality (such as the first projects in the 1960s almost exclusively in the military or research sphere) limited by the computing power of computers at the time, to arrive at the current scenario where, thanks to the continuous improvement in the computing capacity of computers, new types of increasingly smaller and more powerful devices have been created. But above all, increasingly well-known and popular among the general public, more and more 'consumer', although they still remain niche products, often due to their cost and/or a reduced number of available applications.

Then we come to today's simple definitions of the two different realms of virtuality, where VR means complete immersion in the virtual world by losing all contact with the real world, while in AR the user continues to interact with the real world, to which virtual elements such as 3D models, animations, information and videos are added. This is why it is often also called Mixed Reality (MR).

The devices for VR (mostly) and AR available on the market today are varied and with different levels of quality and cost. Below are the best models available as of December 2022. 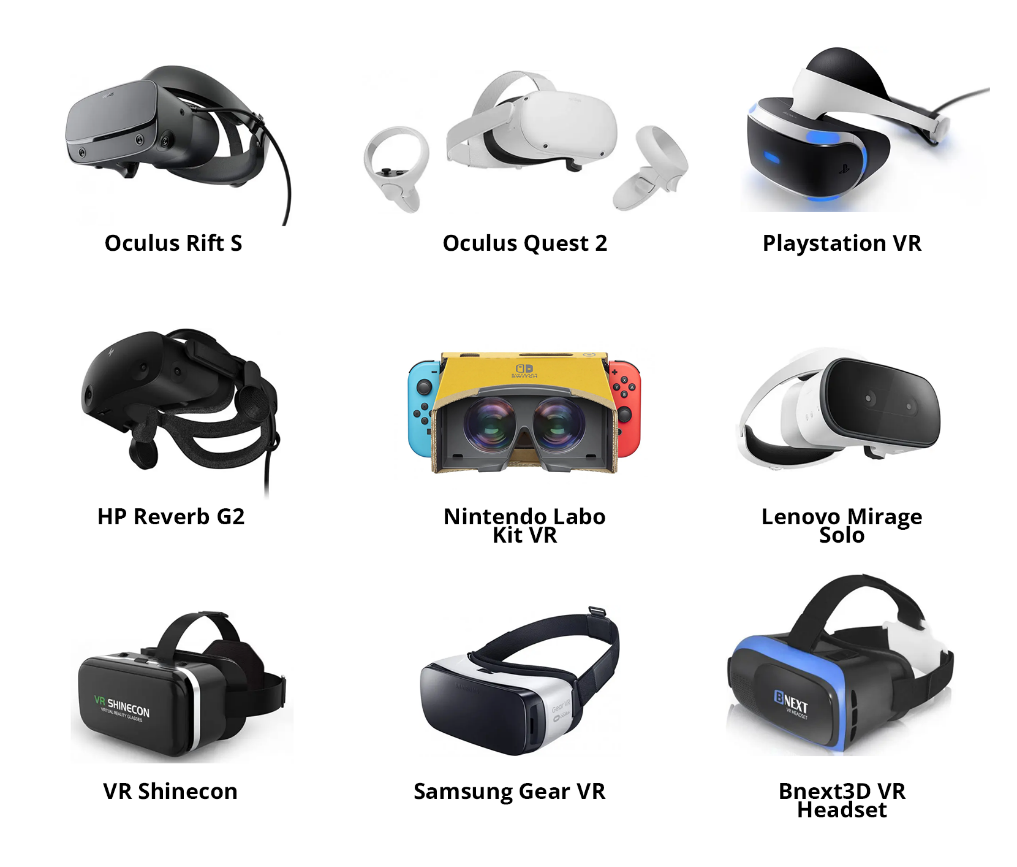 Several studies have shown that these technologies are excellent support tools compared to traditional study methods and can improve student learning.

In fact, these modern VR & AR systems can help us to improve learning processes, particularly in the case of factors that are too dangerous to be manipulated in real life, or to carry out practical exercises with a good level of realism in order to achieve an experience as close as possible to the real thing.

On the one hand, VR and AR technologies make it possible to show complex content through multimedia (such as 3D models, images and videos) and make it easier to understand than in a traditional book. On the other hand, they can simulate workshops or practical experiences in total safety, without the need for special resources or tutors.

Training with VR and AR technologies allows students to freely explore and experiment on their own without the risk of exposing themselves to dangerous situations, having the chance to experience experiments, places, events first hand, without just seeing them from the outside and doing things they could not do in reality.

Going to the heart of the webinar, it is highlighted how these VR and AR technologies can also be of fundamental importance in the field of occupational health and safety, providing workers with an inexpensive and safe tool to use that allows them to learn the procedures and operations necessary to perform their work safely.

A variety of works developed in different work areas have been presented in the literature, showing how these technologies can be valid alternatives to 'traditional' training tools.

Let us look at some of them.

AR and VR for safety in the construction sector

Researchers have developed a 3D simulator that, used in conjunction with Oculus Rift, allows the user to move within a virtual environment representing a possible site under construction. The authors have focused specifically on the risks inherent in noise: the simulator uses a mathematical model to calculate the propagation, reflection and absorption of sound by the environment and buildings, showing the user the risks they run in each area. (Ryszard Klempous et al. Possibility analysis of danger factors visualisation in the construction environment based on Virtual Reality Model. In 8th IEEE International Conference on Cognitive Infocommunications, 2017).

Another study (Thomas Hilfert et al. First person virtual reality for evaluation and learning of construction site safety. In Proceedings of the International Symposium on Automation and Robotics in Construction, 2016) concerns a construction site reproduced in 3D, but unlike the previous work, the authors did not focus exclusively on audio, but focused their attention on the dangers a person may face when in the vicinity of heavy vehicles. 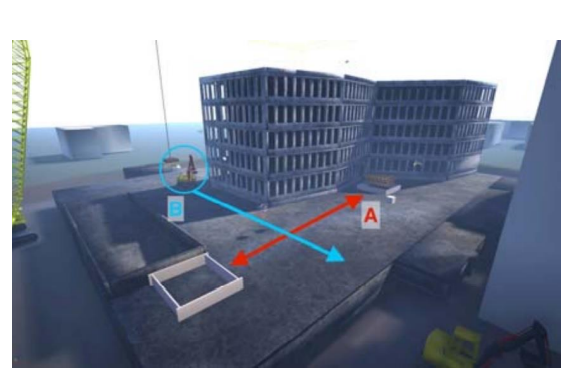 The illustration shows the scenario under consideration: the user has to move two small objects by moving on route A. On route B, which intersects with the route to be followed by the user, an excavator moves at random times. The user, therefore, must pay attention to his surroundings, including taking advantage of sounds and noises, without becoming distracted by the task he must complete.

AR and VR for fire safety

One study among many on this topic (Kun Zhang et al. Design and implementation of fire safety education system on campus based on virtual reality technology. In Federated Conference on Computer Science and Information Systems (FedCSIS). IEEE, pages: 1297-1300, 2017) concerns a fire safety simulator, designed for students but also adaptable for workers, which involves some situations in which the user must, using classical fire-fighting tools (e.g. the fire extinguisher), extinguish small fires. 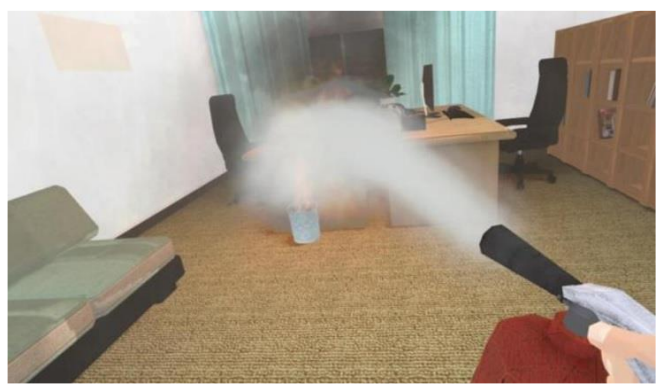 AR and VR for industrial safety

The authors of this study (Jan Lacko. Health safety training for industry in virtual reality. In 2020 Cybernetics & Informatics (K&I). IEEE, pages: 1-5, 2020) focused on a couple of typical scenarios in the industrial environment, in particular they focused on a possible fall down the stairs and the simulation of movement in a warehouse with the presence of forklift trucks.

In the latter case, there are several variants; the user can either use a forklift to get an idea of the driver's range of vision, or move around the warehouse on foot and avoid contact with the vehicles.

AR and VR for mine safety

A simulator was developed for mine workers in order to educate them and reduce risks and hazards (Zhipeng Liang et al. Development of virtual reality serious game for underground rock-related hazards safety training. In IEEE access, 7:118639-118649, 2019).

The simulator they developed has two different modes. In the first mode, the user is instructed, by a virtual coach, on a specific type of work to be performed in the mine and all the steps required to complete it.

The second mode, on the other hand, focuses exclusively on the possible dangers that miners, engineers and anyone entering the mine may encounter during their stay in the mine. In order to further increase realism, the authors focused heavily on the physics related to the detachment and falling rocks.

AR and VR for naval safety

In the naval domain, safety is also a fundamental requirement. Having well-trained and educated personnel significantly reduces the probability of errors or limits their severity. The ShipSEVR (Ship Engine Safety Education Virtual Reality) project aims to improve safety on board using virtual reality-based training. A 3D model of a ship was created and five fundamental systems for ship operation (e.g. fuel system, cooling system, ...) were studied. The user can then move freely in the virtual ship and operate the various systems of the ship, with various feedbacks in case of both success and failure (Evangelos Markopoulos et al. Virtual Reality (VR) safety education for ship engine training on maintenance and safety. In International Conference on Applied Human Factors and Ergonomics. Springer, pages: 60-72, 2020).

AR and VR for tunnel and tunnel safety

Another area of reflection is safety in tunnels (road, rail, etc.) where a study was carried out to test people's behaviour in the event of an accident resulting in a heavy goods vehicle catching fire inside a tunnel. The participants were divided into two groups, in one case the HGV involved in the accident was transporting non-flammable heavy material, in the second case it involved flammable transport (thus a higher danger).

The authors (Max Kinateder et al. The effect of dangerous goods transporters on hazard perception and evacuation behaviour-A virtual reality experiment on tunnel emergencies. In Fire Safety Journal, 78:24-30, 2015) designed these two scenarios to try to measure the immersion and analysing ability of the users in order to assess whether they were able to analyse the situation correctly; therefore at the end of the test, each user was asked to rate the dangerousness of the situation from 0 to 100. During the experiment, the behaviour and movements of each participant were monitored, as well as the distance and distance travelled. 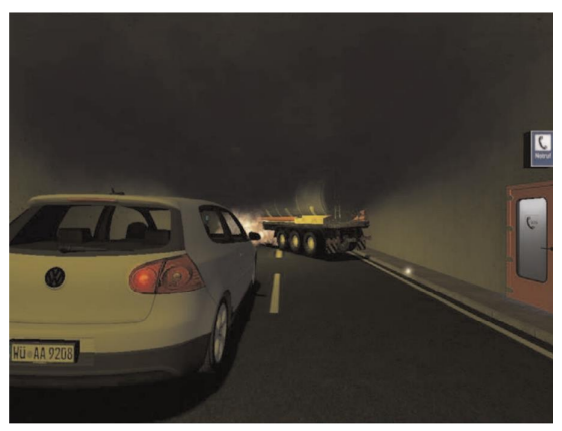 AR and VR for disaster and emergency management

One project that aims to simulate these types of situations and events is Holodisaster (li Asgary. Holodisaster: Leveraging microsoft hololens in disaster and emergency management. In IAEM Bulletin:20-21, 2017). This is a project that, by exploiting Hololens, aims to simulate different scenarios. The use of augmented reality, unlike virtual reality, allows users to move around in the real environment, thus achieving a higher level of realism. Think for example of a fire scenario, Hololens will add holograms of flames and users will have to find the best path to safely exit the building. Hololens itself, through its ability to recognise the environment, can suggest the best route.

AR and VR for energy safety

In this study, 15 participants were selected for the platform evaluation. The objective was to assess whether the users' reactions within the simulator were consistent with the reactions the participants would have had in reality if they had found themselves in the same situation.

Thanks to an analysis by psychologists, carried out prior to the experiment, it could be seen that the behaviour in the simulator was quite consistent with the expected behaviour, although there were some inconsistencies, which the authors claim were not consistent (Luciana Nedel et al. Using immersive virtual reality to reduce work accidents in developing countries. In IEEE computer graphics and applications, 36(2):36-46, 2016) were caused by the software's lack of realism.

After these interesting examples of the application of VR (mostly) and AR technologies to the topic of occupational safety, it is clear that we are still at an early stage. We can say that the era of Virtual and Augmented Reality has begun and great improvements are expected in the coming years.

In the field of occupational health and safety there is a lot of research that has investigated how VR and AR can help workers to improve safety in the workplace. Often these researches have focused on small groups and the excellent preliminary results will have to be confirmed by research on larger groups that will hopefully come in the next few years, thanks to an increased use of VR/AR devices.