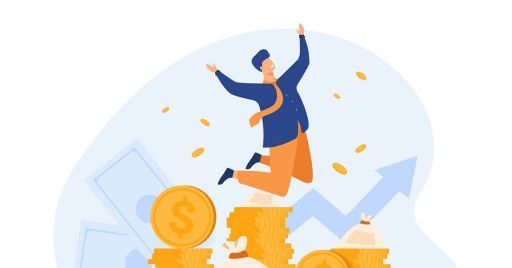 Active labor policies and training: the resources to implement GOL, the employment program.

Active labor policies and training: the resources to implement GOL, the employment program.

The "social bomb" that was feared to explode in Italy with the (temporary) conclusion of the layoffs freeze on June 30, 2021 did not burst, the tidal wave of layoffs for now has not been recorded. Certainly, about 23 thousand employed (all self-employed) have been lost compared to June, and the employment threshold remains firm at 58.4%.

At the end of September 2021, the Minister of Labor, Andrea Orlando, and the Minister of the Economy, Daniele Franco, signed the interministerial decree assigning 880 million euros to the Italian regions to implement the GOL (Guaranteed Employability of Workers), the employment guarantee program, a novelty provided for in the Budget Law and part of the PNRR.

The resources of the GOL (20% of the 4.4 billion euros put on the plate by PNRR and React-EU for the reform of active policies) live in order to implement training projects and reintegration into the world of work and are distributed in the various Italian Regions based on several criteria: number of recipients on the territory of Indennità NASPI, Reddito di cittadinanza and Cassa integrazione, as well as the number of employed people.

Among the main goals to be achieved is that of involving at least 3 million people by 2025. At least 75% of these must be women, long-term unemployed, persons with disabilities, young people under 30 and workers over 55. In addition, at least 800,000 beneficiaries must be engaged in training activities, of which at least 300,000 in paths to strengthen their digital skills.

Within 60 days of its issuing, the Regions and Autonomous Provinces will have to adopt regional plans for implementation of the program, each of which will be subjected to an assessment of consistency with the PNRR by ANPAL (National Agency for Active Labor Policies).

Once the go-ahead has been received from the latter, 75% of the resources will be assigned to each region. The remaining 25% will be recognized only when the use of at least 50% of the allocated resources has been accounted for.

Each region will be given three objectives. For example, Campania: by the end of 2022 it will have to take on 84,660 people and organize training for 22,576 of them (of which 8,460 in the digital sphere). The decree sets the objectives, but does not indicate procedures and methods. Each Region will have autonomy over methods.

All the paths are united by personalization, which will make it possible to outline the most suitable solution based on the needs of each individual.

In addition, the decree should assign an additional 50 million to the Regions from the Fund for the strengthening of skills and professional requalification. The purpose of this extra budget is to carry out training projects aimed at workers benefiting from wage supplementation treatments for whom a reduction in working hours of more than 30% is planned over a 12-month period and at Naspi recipients.