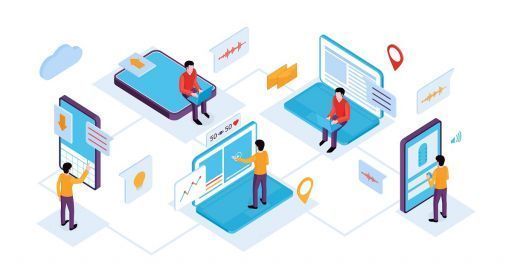 In this particular survey, which had technology and digital at its heart, it emerged that there is substantial confidence in digital, but not without some concerns. 81% of respondents think that the Internet and digital tools will play an important role in the future, 82% think it would be useful for the European Commission to define and promote a common European vision on digital rights and principles to ensure a successful digital transformation. 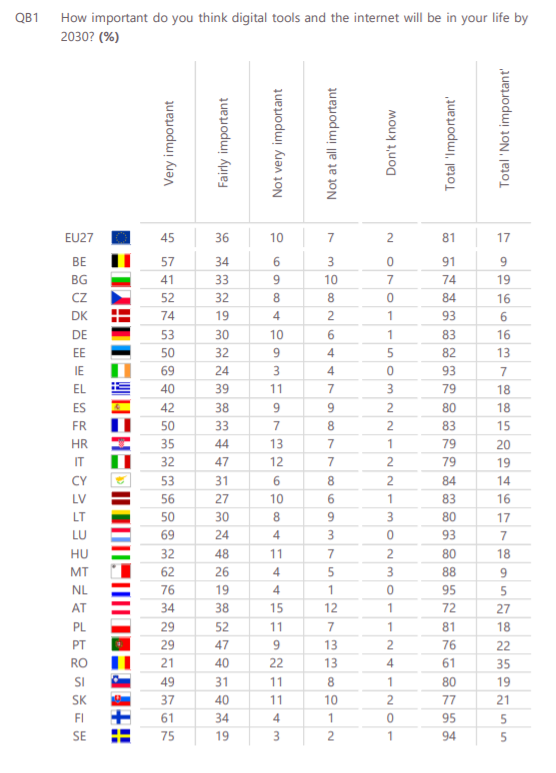 Considerations on the Italian data

The most feared negative effects of digitalization

Respondents rank in first place the impact on the safety and well-being of children, accompanied by cyber threats, followed by the use that companies and public administrations will make of personal data and information. Also relevant is the fear that digitalisation will marginalize people who have difficulty accessing the net (for example, people with disabilities, the elderly and young people living in areas with little or no net connection). 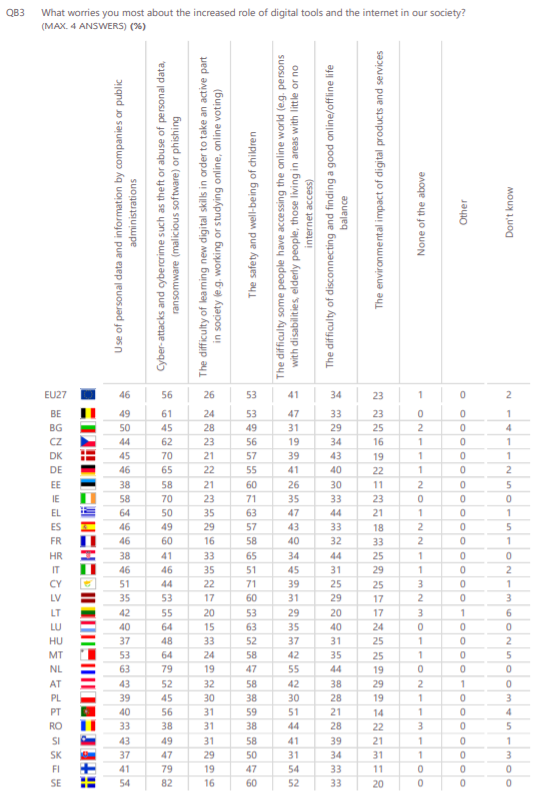 Italians' awareness of their online rights

A question that brought back some not encouraging answers was "Before this interview, were you aware that the rights that apply offline should be respected also online?" only 39% answered positively, while 61% answered negatively. The Italian figure is the third lowest in Europe: only Romanians (37%) and Bulgarians (34%) have a lower awareness of their online rights than the Belpaese.

Moreover, 32% of Italian respondents do not believe that Europe protects online rights in the best way (on the contrary, 42% believe that it does it very well). In any case, the majority (74% of respondents) believe it would be useful to provide more information about citizens' rights in the online environment. 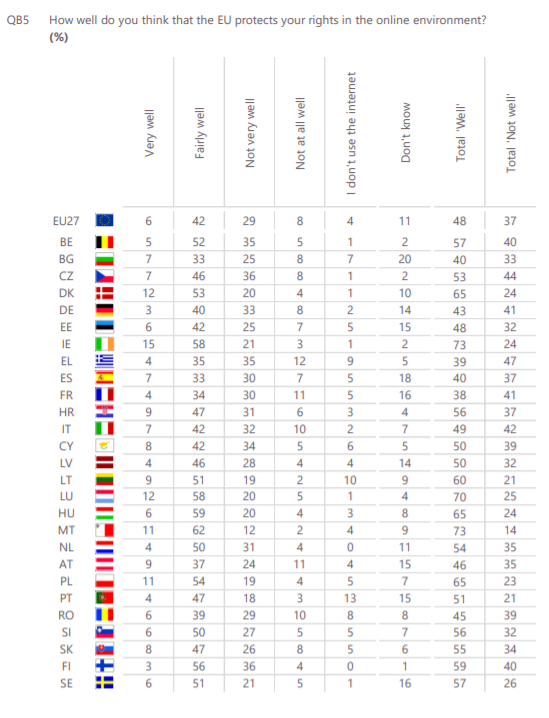 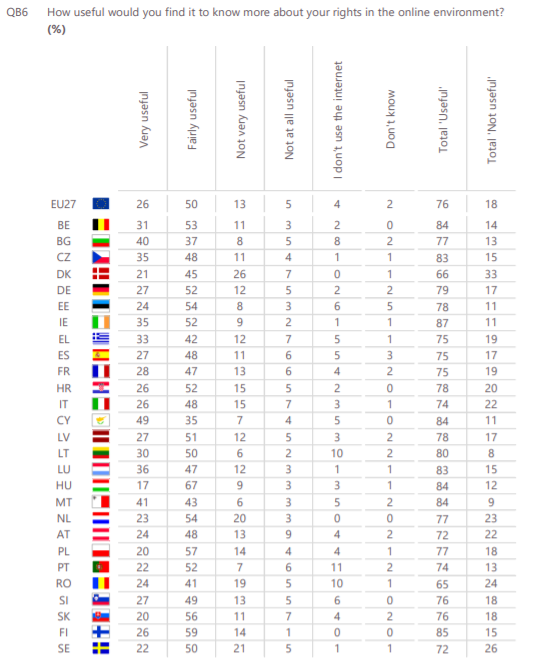