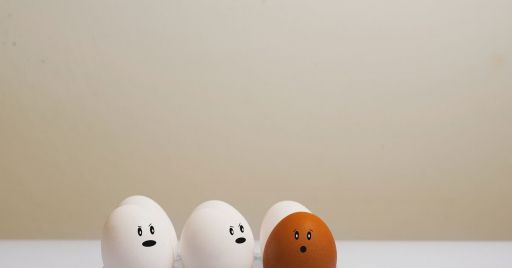 Prevent anti-discrimination lawsuits with e-learning in the USA

How can elearning help in preventing discrimination in companies?

Prevent anti-discrimination lawsuits with e-learning in the USA

How can elearning help in preventing discrimination in companies?

Diversification has become mandatory for US companies and hence the HR needs to stay in sync with the same. The recruiters can guide the employers on how to conduct the proper recruitment procedures. Also, record keeping has become critical because the companies can be audited for their recruitment procedures at any time. Records can also corroborate why an employee was rejected due to valid reasons and not because of any discrimination based on race, gender, and sexual orientation, etc.

With the aid of e-learning, all the legal content about such discrimination can be made easily accessible with an LMS. Hence e-learning can aid anyone in providing the relevant compliance training content to HR. In fact, following compliance rules starts from the interview procedure itself, where you can’t ask some sensitive questions because they can land you in big discrimination-based lawsuits. When a candidate is asked any improper question, he can refuse to answer it. The different topics on which an interviewer is prohibited from asking questions are race, citizenship, pregnancy status, marital position, disabilities, conviction and arrest record, gender, etc.

Apart from compliance, a company needs to put its best foot forward during the interview because an employee might not be happy with the interview. He might feel discouraged to join the company because of its rigorous work practices. If the company is not so reputed for its work culture, then it’s better to be transparent because Glassdoor can reveal all the details about the working environment.

US Equal Employment Opportunity Commission as per ADA has prescribed that it's unfair to reject employees in interviews who have a history of diseases like depression. There are other ailments also which were just temporary (didn’t long for more than 6 months) but a candidate is rejected because of them. In such cases, if a candidate is suitable for a job based on his qualifications, and experience, he is to be given accommodation unless it is prohibitively expensive for the employer. Accommodation in this case does not mean a house, but making the working conditions more comfortable for such an employee, such as a ramp in the office so that he can move easily on his wheelchair.

When a candidate with a disability is getting recruited, as per ADA, he can’t be asked to undergo medical screening for getting selected. However, once an employee has begun to work and has requested an accommodation the employer can ask for a medical screening. Whatever documents the employer gets from an employee; it’s his job to ensure that they are not revealed to other employees. Employers can ask many questions from disabled employees like how they would do their jobs. They can also inquire about their qualifications like their education and previous experience.

The Supreme Court also made a pioneering decision in the Bostock v. Clayton County case as per the Title VII of the Civil Rights Act of 1964 where some people were discriminated against because of their sexual orientation. As per this statute, employers cannot refuse from hiring an employee because of his sexual preferences. So, this rule applies to all job applicants to a company that has 15 or more employees. This rule is also applicable to current employees of such companies who can’t face any LGBTQ-based discrimination. However, employers who have less than 15 employees working with them are not under this rule. So, e-learning have all the courses regarding this matter to educate your HR about compliance rules. This rule covers government organizations also to local and state governments that have 15 or more current employees.

The EEOC also has Equal Pay Act (EPA) rules where women and men can't be discriminated against for salary and other allowances, including gasoline allowances when they have the same job content regardless of titles. An employee alleging his employer of gender-based salary discrimination under Equal Pay Rules can go to court within 2 years when such bias happened.

Businesses in the US can train HR and employees about gender-based discrimination through such companies. The employees are empowered about the rights of others, which improves their behavior. The e-learning can ensure that there should be grievance procedures established in the company by HR.

The employees are also informed about how they can reach such complaint mechanisms including a hotline. Such companies can ensure that proper information is given to employees about how to use gender-impartial language and removing any gender and race-based prejudices of their minds.