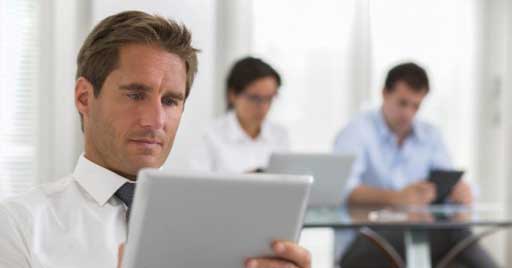 After completion of all the standard in-depth qualitative tests, the new 3.1.35 version of the dyndevice lcms e-learning platform with scorm editor and authoring tools has now been released for distribution.

After completion of all the standard in-depth qualitative tests, the new 3.1.35 version of the dyndevice lcms e-learning platform with scorm editor and authoring tools has now been released for distribution.

Luca SigaliniDynDevice LMS
At some point in the morning, distribution on the Mega Italia Media cloud of version 3.1.35 of the

DynDevice LCMS E-Learning platform with SCORM™ editor will begin. The operation, which once again benefits from the update process included in the DynDevice ECM framework, will take slightly longer than usual due to the larger size of the update. The following release note explains all the improvements which feature in this latest version.

Changes to Course use area.
Improvements to the "LCMS Scorm™ Player" module. Acceptance of the "Training contract" when accessing the courses for the first time has been made easier: the "ACCEPT" link has been replaced with an [ENTER] button, while a label marked "Accept contract" has been added next to the checkbox on the left of the button. This way, pop-up alerts have been replaced with pop-up layers (balloons) which point to the sections that have to be clicked.
A list of the sections of displayed courses is now included on the main page in the titles of sections where e-Learning or blended courses are grouped.
The following have also been added: a CSS class in the layout which shows the details of a course so as to hide "Test status: passed or not passed" and a CSS class in the layout which allows users to confirm themselves to a session in order to be able to hide the number of available places and confirmed users.
Improvements to the "

HRMS Courses Exposer" module. Addition of a new parameter "Notify supervisors by email" (with default value "Yes") which enables to activate (or de-activate) the sending of alerts to supervisors when a learner requests subscription to a course.
In addition, in the course detail page, date, start and finish time are now displayed for all the sessions that make up a course. A check has then been added to prevent duplication when inserting subscription requests.
Finally, courses which have not yet been confirmed but have received a subscription request now continue to be visible in the "presentation" area even when the [Subscribe] button is de-activated.
"LCMS Scorm™ Player" and "  "

HRMS Courses Exposer" modules. Now "Advanced tests" are considered valid even when they have been passed in a different course from the one being displayed.
PuntoSicuro news for everyone. As of today all new activated platforms will have news from the PuntoSicuro website embedded in the home page by default. With fully adjustable and/or removable output.
Changes to the control panel.
CourStore™ 2.0 has been activated. A general update has been applied to CourStore™, which has been reviewed both in its graphic layout and in the organization of sections and content: now they are clearer, easy to understand, more enjoyable and simpler (and quicker) to use.
New functions have also been added including the possibility to also execute "Subscription transfer" for background installations and to delete background installations from the queue if they have been running for over two hours (actual start date and time of installations is now displayed, too).
Auto-opening of "Action center". The "Action center" window, which enables to make changes to the e-Mail templates for automated messages and/or activate/de-activate them, and has always been accessible only by "General administrator"-level users, now automatically opens only if the user belongs to this category and not to the "Group administrator" level.
Access to the "Other training" area. The "Other training" area (which enables to archive the users' previous training history in DynDevice or to organize it in ways that are "unconventional" for DynDevice LCMS) is now also accessible by users of "Group administrator" level, limited to their actual rights to manage user groups.
Additional displayed and modifiable fields. In the "Course subscribers" window (e-Learning or blended) which can be accessed from the "Management of registered members" of a course, it is now possible to display and manage "Additional fields" (if applicable to the course) for each user. If applicable, the export in CSV by [Export subscribers] also includes them.
Changes to orders linked to subscriptions. The "Discount" field in orders linked to a subscription now accepts decimal values. Then in the extraction of a report the "Order code" column is now included by default (but can be de-activated).
No more groups with the same name. A check which prevents the insertion of groups with duplicate names has been added in the create/change group window.
Import of comments and ratings from other courses. A new field in the editor for Scorm™ courses has been added to all courses - this field enables to establish which course (or previous version of the same course) you wish to import comments and rating stats from when installing a new course.
Therefore, a new background process called "import of comments and course ratings" has been activated on all LMS/LCMS installations. This task takes care of importing comments from old to new versions of a course and, if specified, to a different course indicated in the above-mentioned field. Other system process changes have been applied so as to make rating data from all relevant published courses flow into the CourStore™.
The "

Comments" module has been changed with the addition of "Imported comment" shown in the header of comments which have been imported from a previous version of the course or from a linked course. In this field it is possible to use the [COURSE-CODE] variable to display the code of the course the comment was imported from.
Finally, in the "

Courses" module (function "Template management", "Course details" layout) new variables have been added to display the average rating of a course based on ratings received on all existing DynDevice LCMS platforms. The added variables are: <#? RATING-PERCENTAGE ?#>, <#? RATING-TOTAL SUBMITTED ?#>, <#? RATING-SCORE-STARTS ?#>, <#? RATING-STARS ?#> and the IF <if-rating>.
Block approval of classroom sessions. It is now possible to block-approve all classroom sessions of a blended course in a single operation, starting from the first entry in freeze mode. The following sessions will be automatically approved by DynDevice LCMS on the first applicable day.
Import of users via CSV. The import of a CSV file of users with course subscriptions now enables to also apply extensions to already-subscribed users.
Minor changes and bug fix.
Document code. The code generated by the system for each document, always unique at global DynDevice LCMS level, conserves this property despite a reduction of its length to facilitate input into documents.
Automatic skip of "Rating questionnaire". The task which enables to automatically skip the "Rating questionnaire" had a little problem which was preventing the correct recovery of blocked users in certain rare instances: the problem has been solved.
The updated version of the manual for the e-Learning platform and SCORM™ editor online guide has been published with the new release.